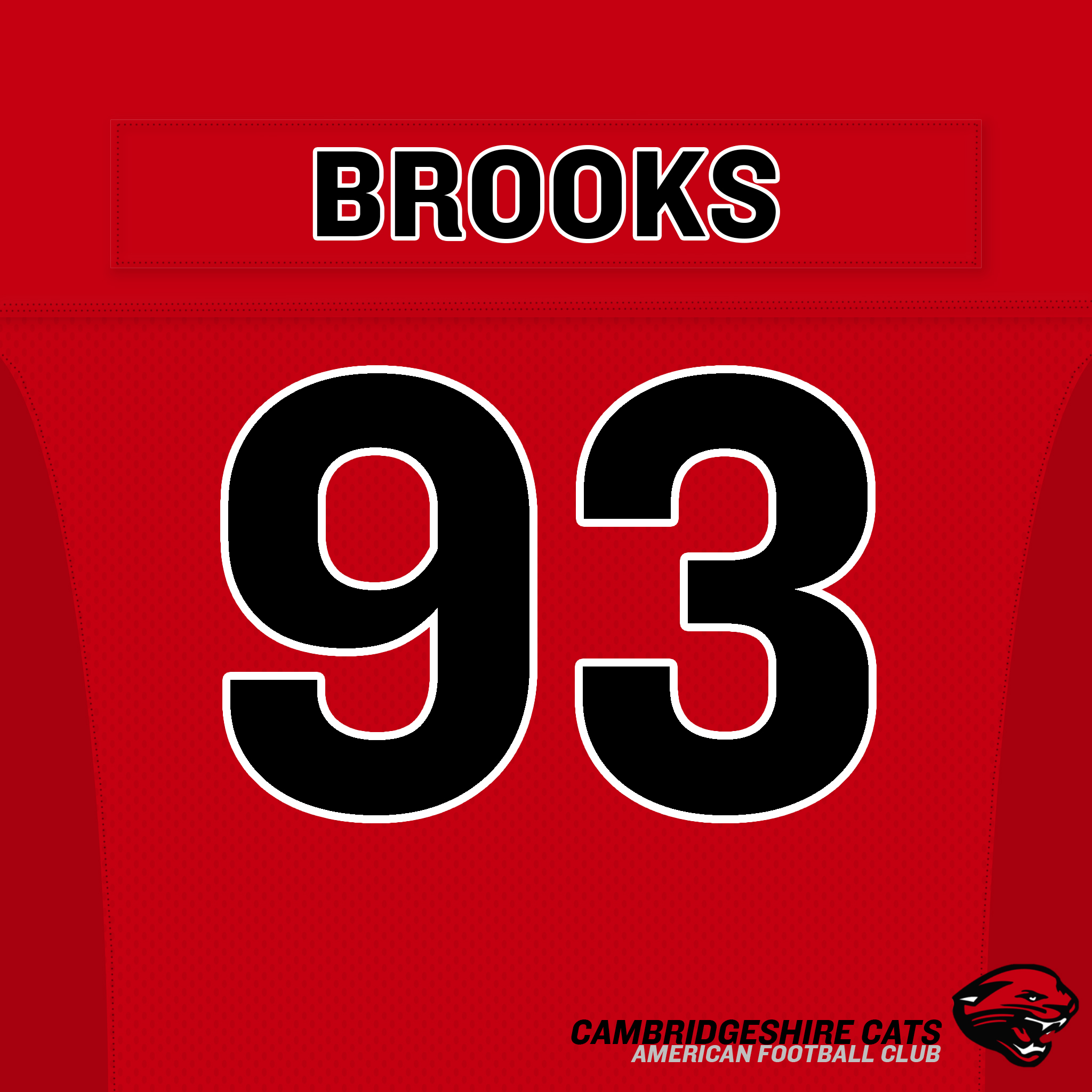 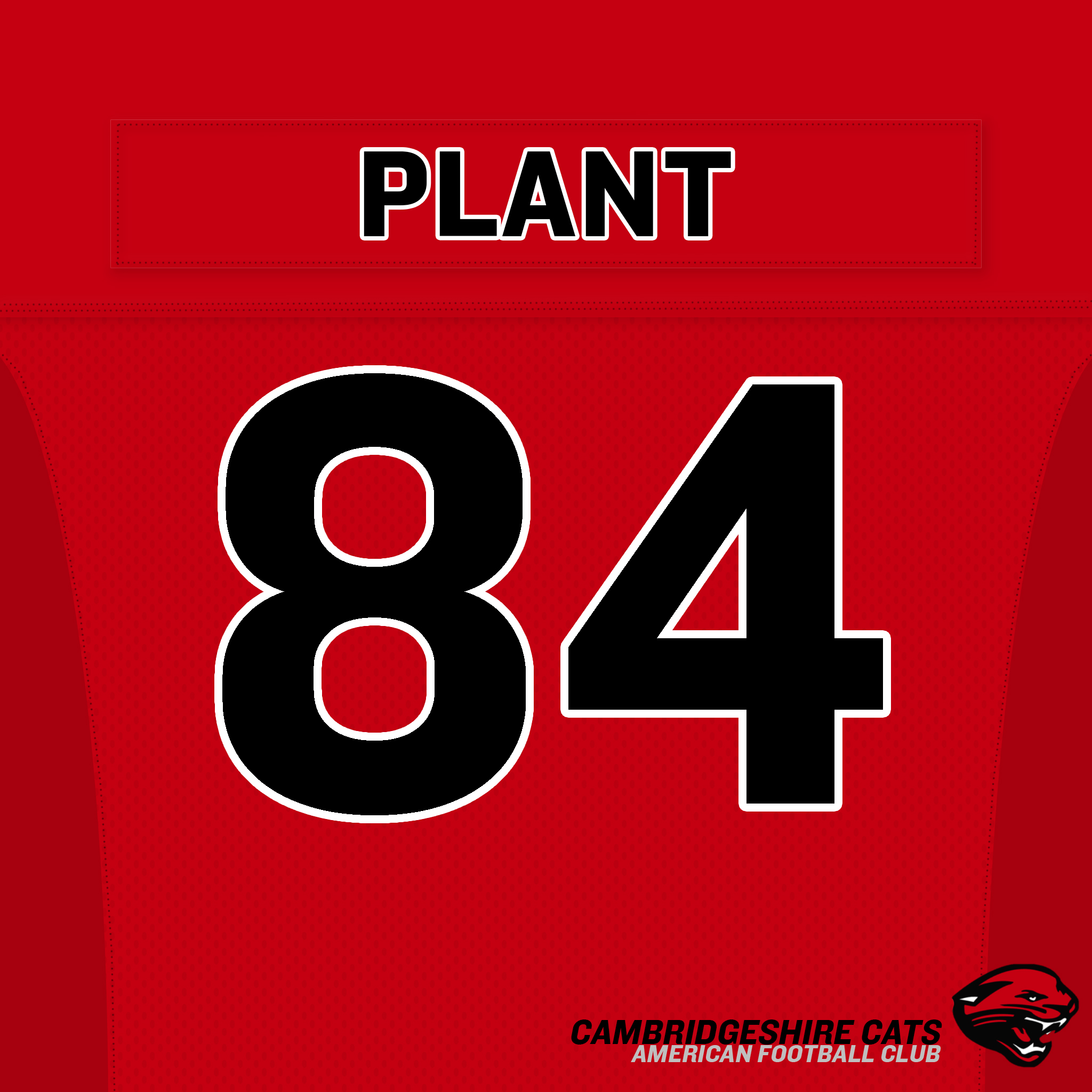 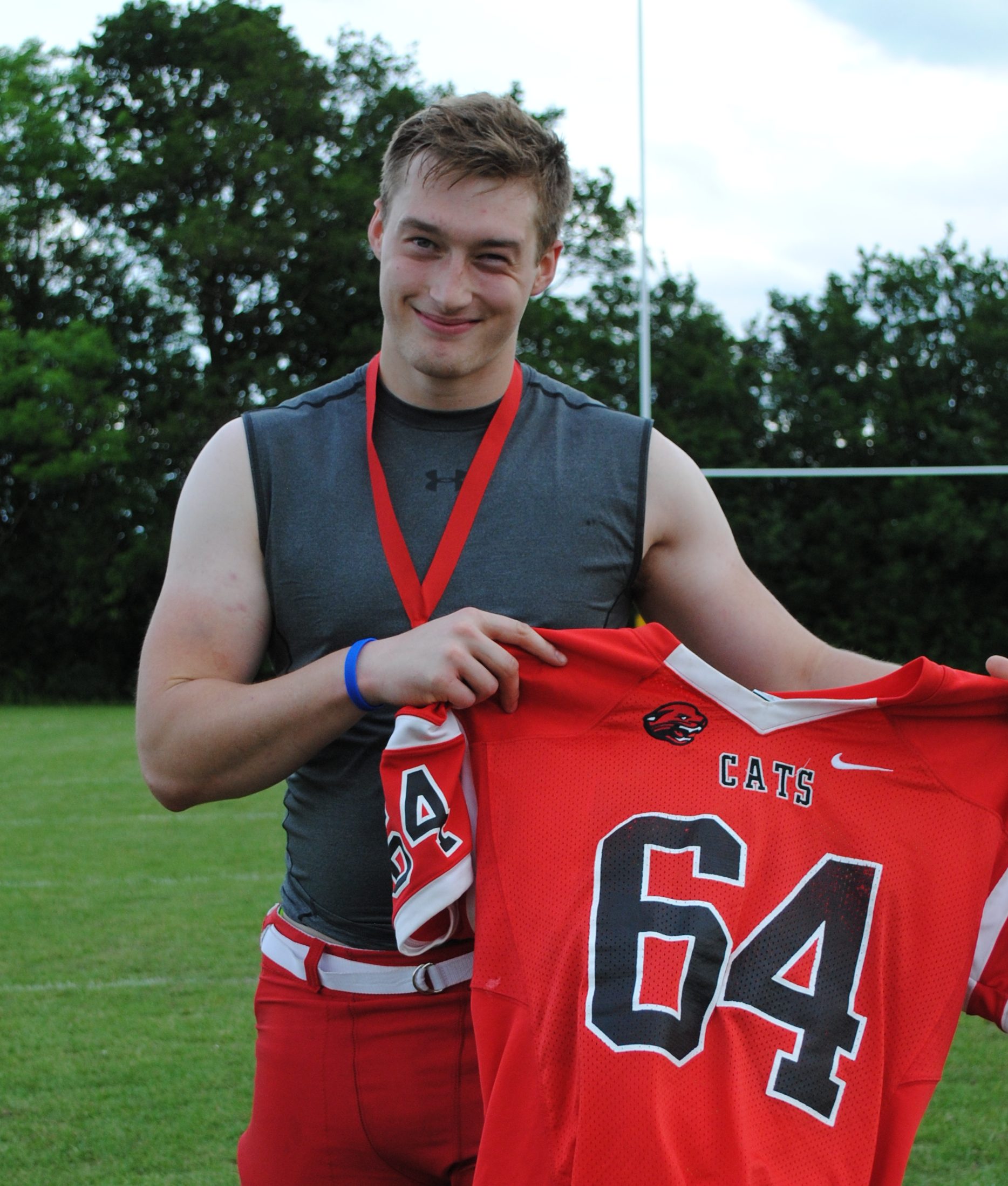 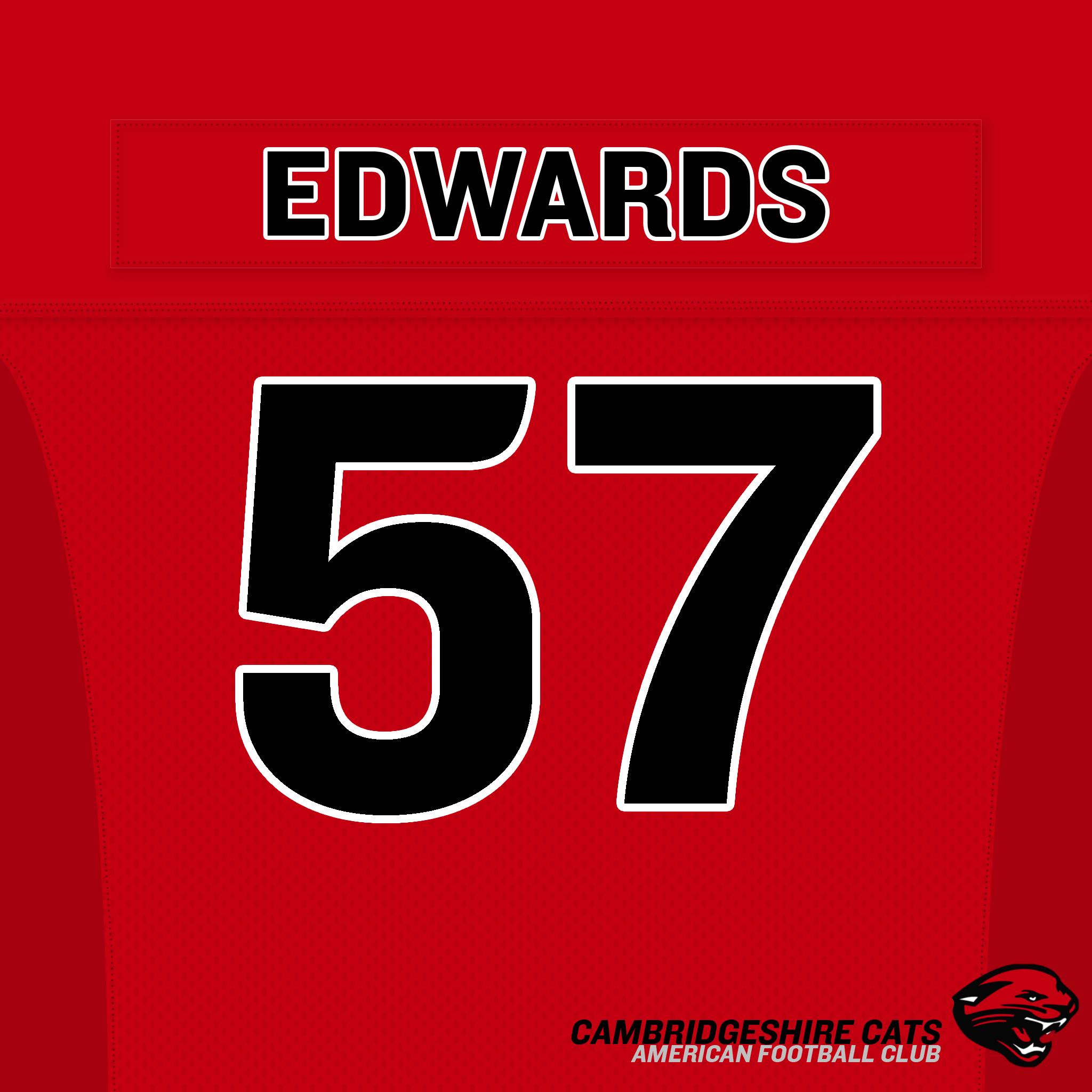 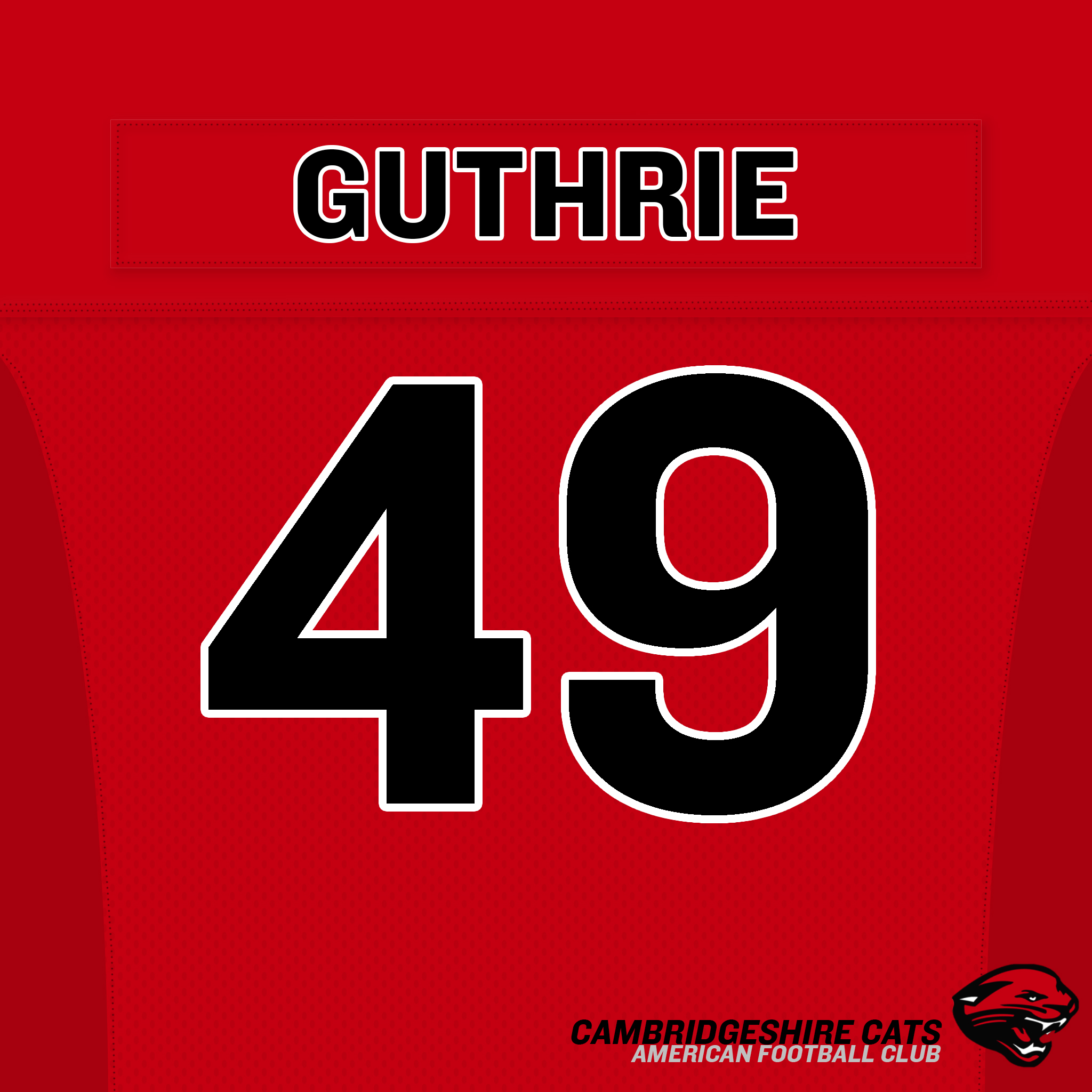 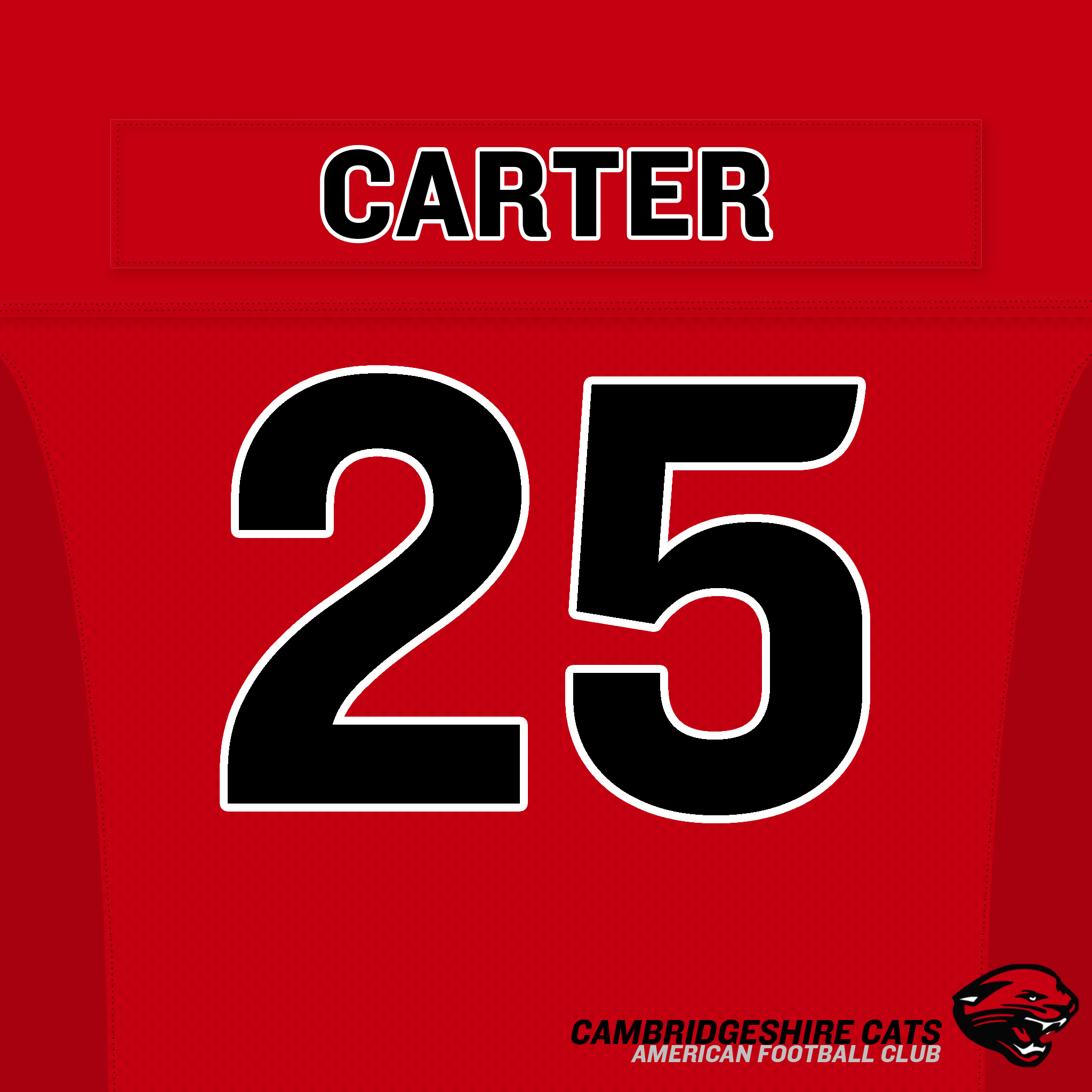 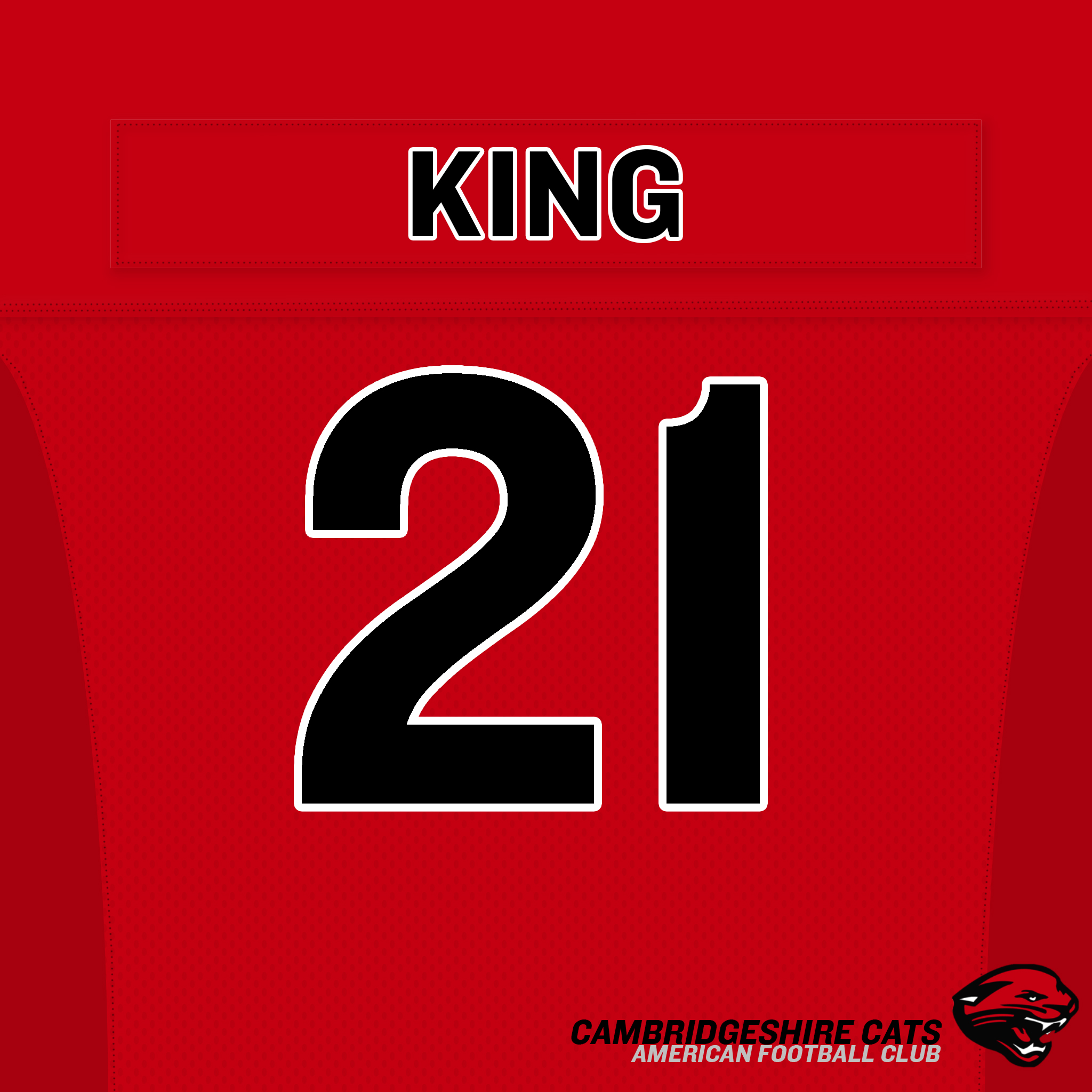 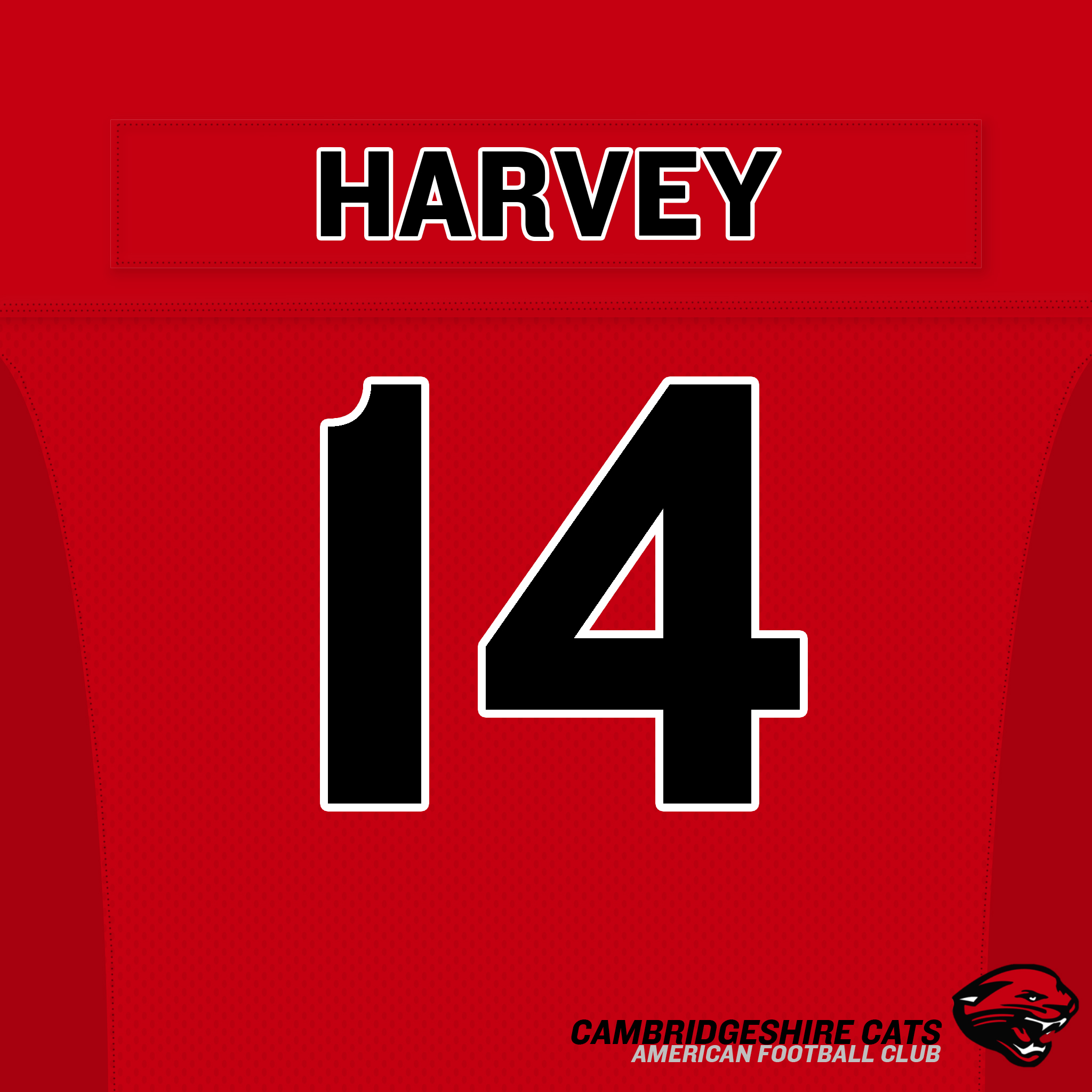 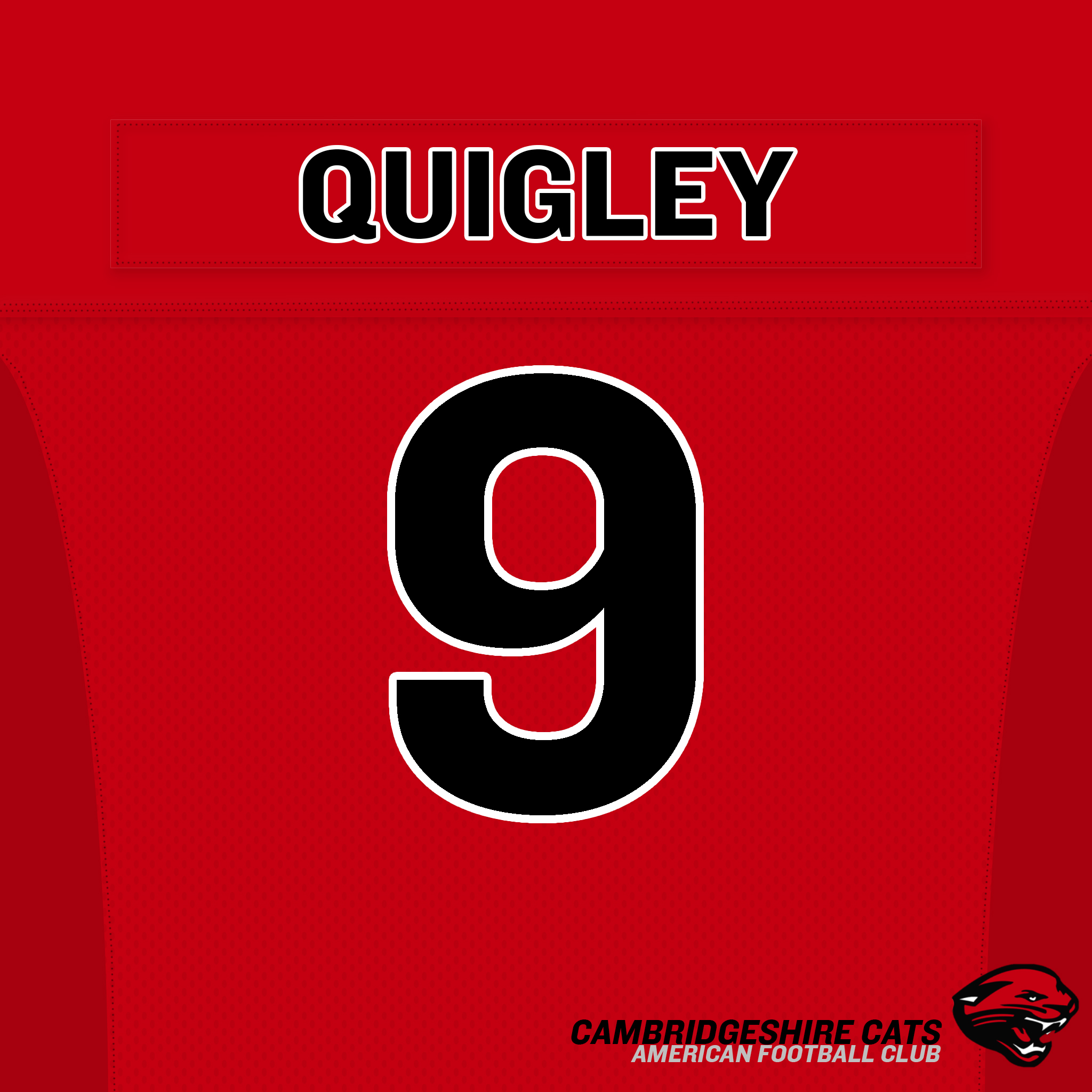 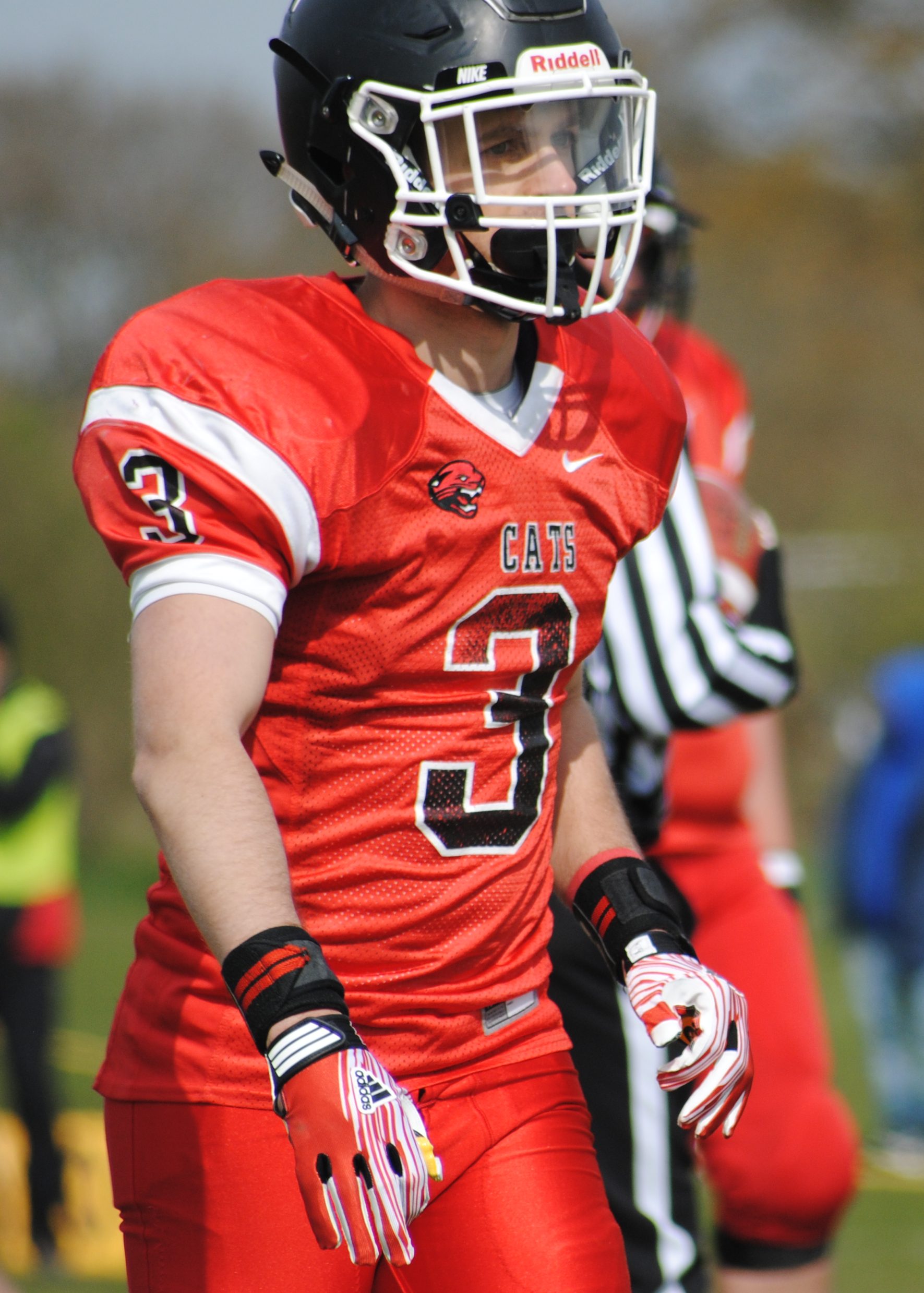 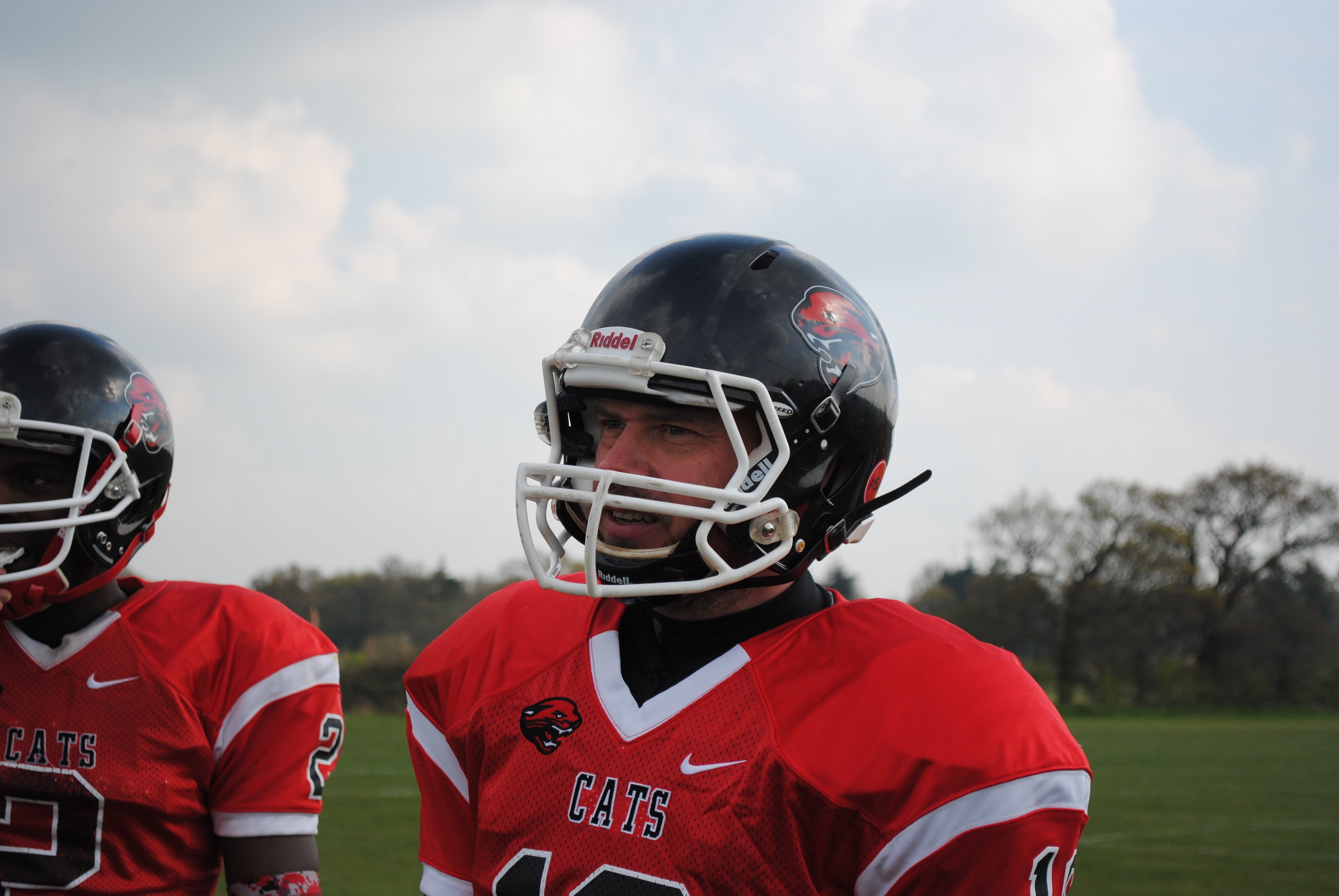 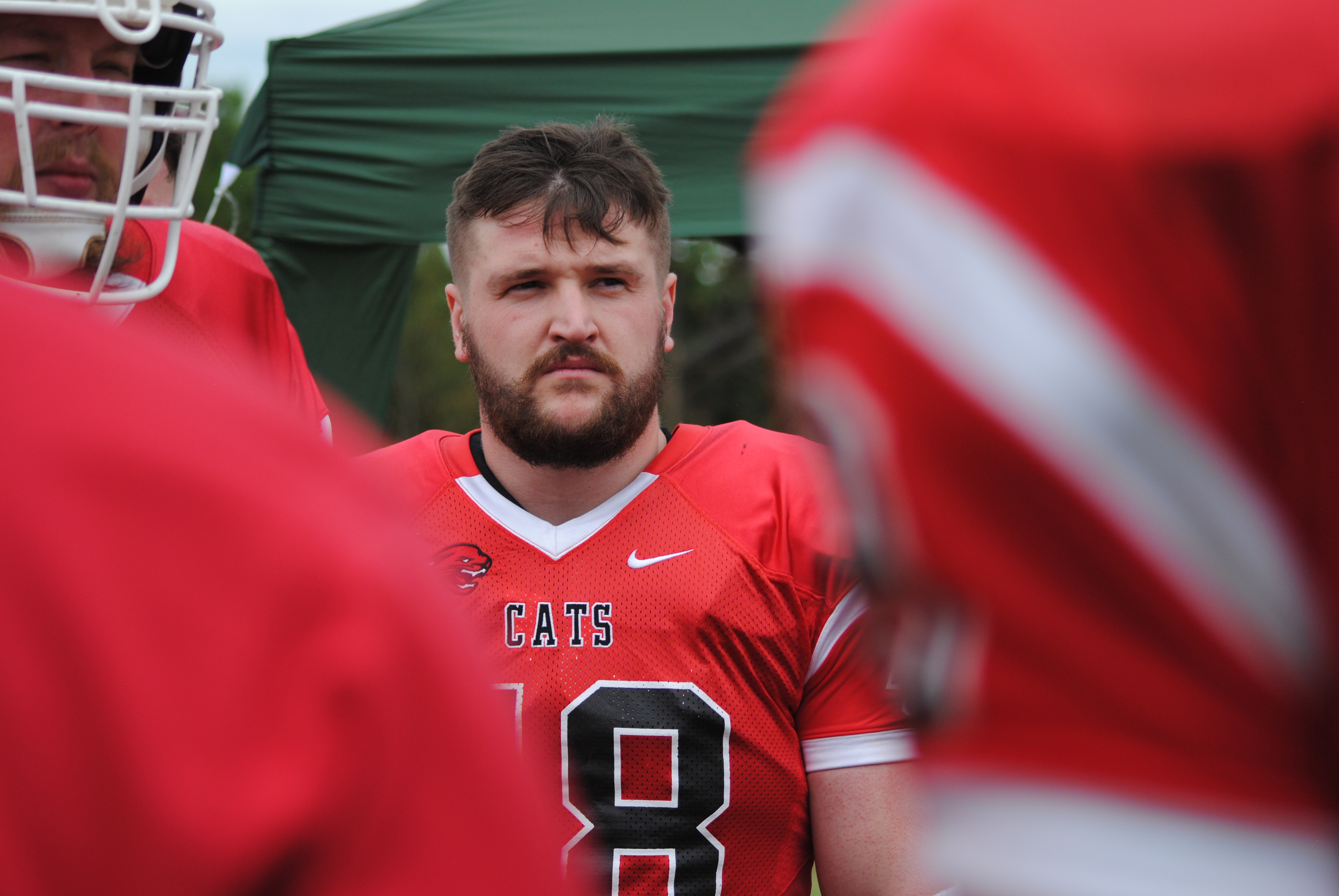 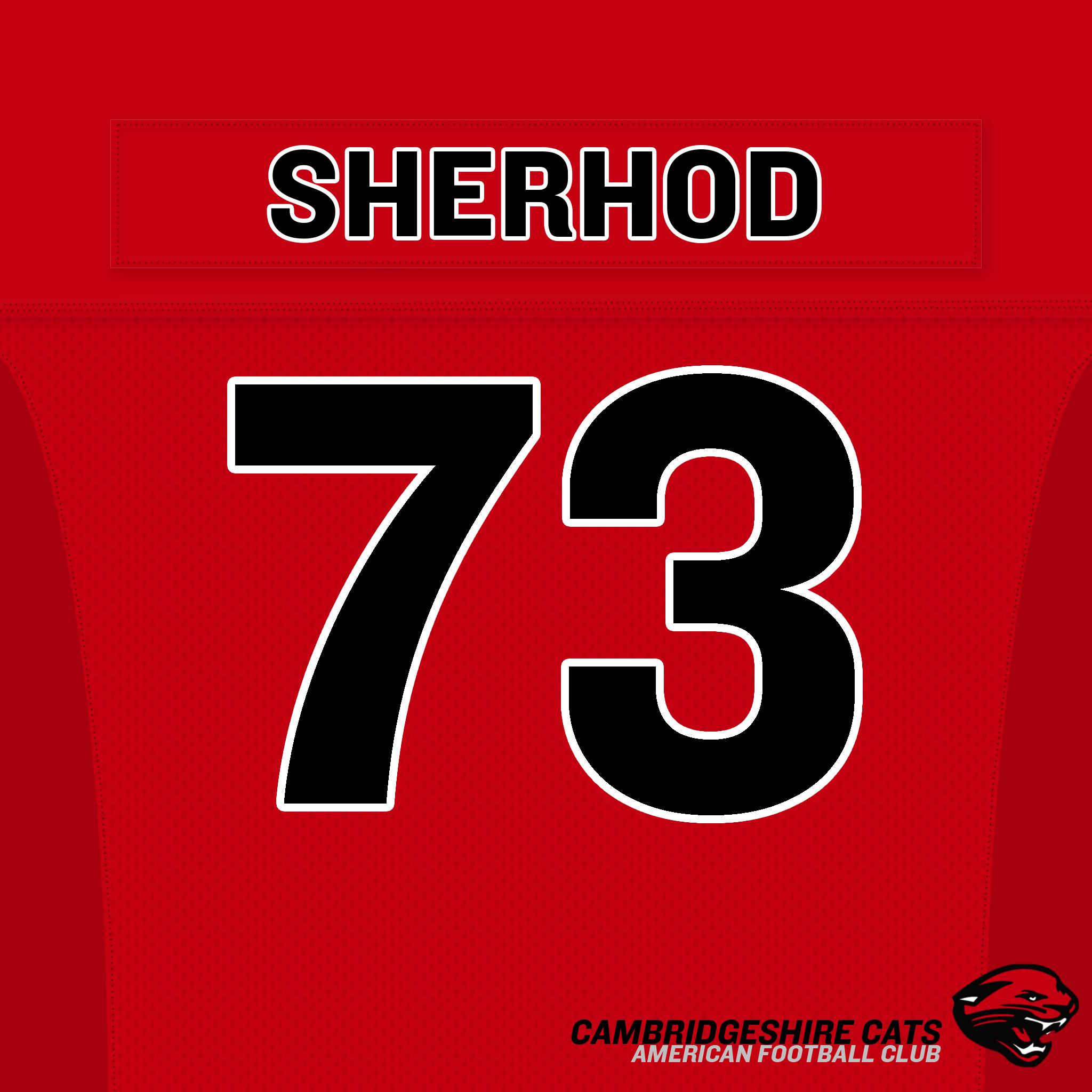 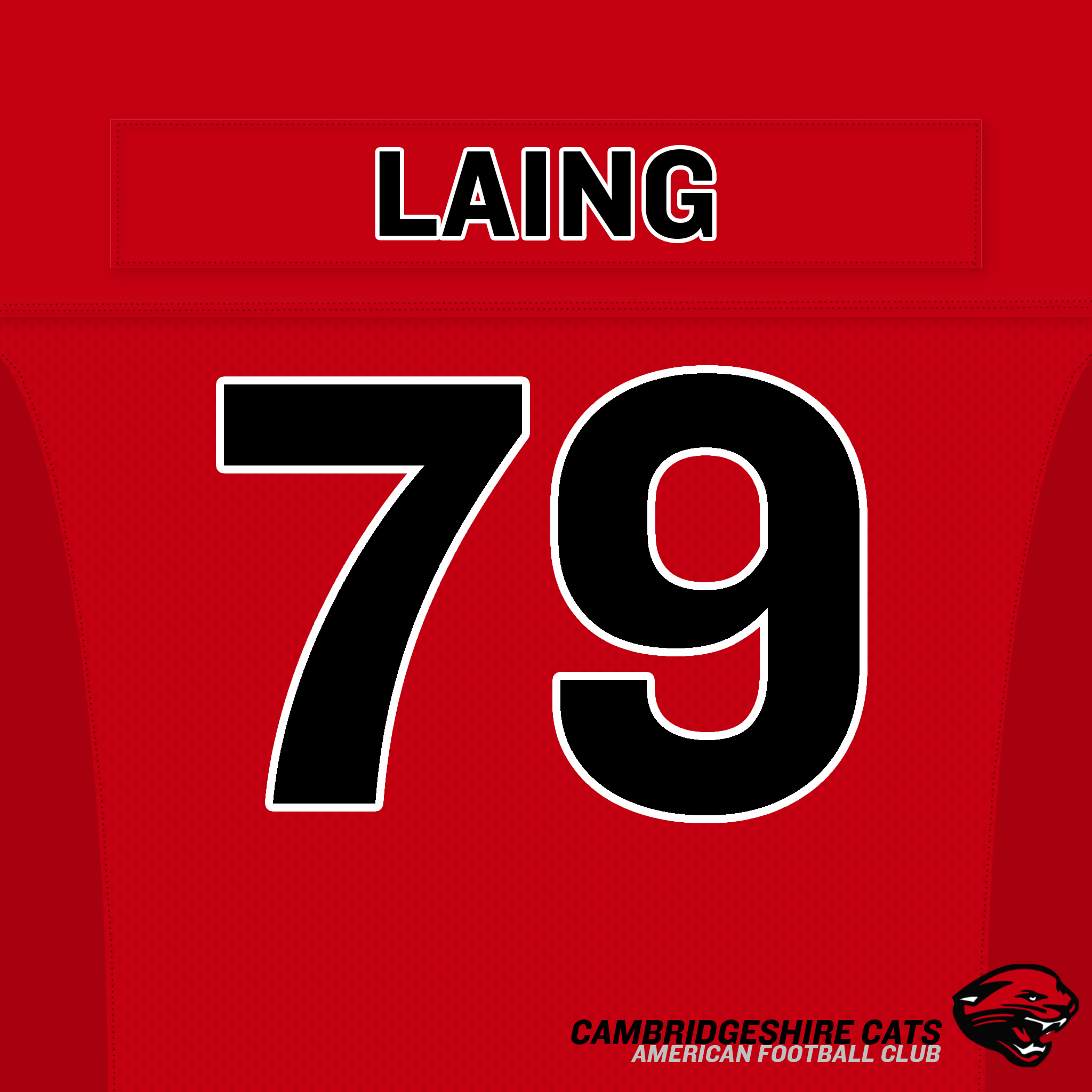 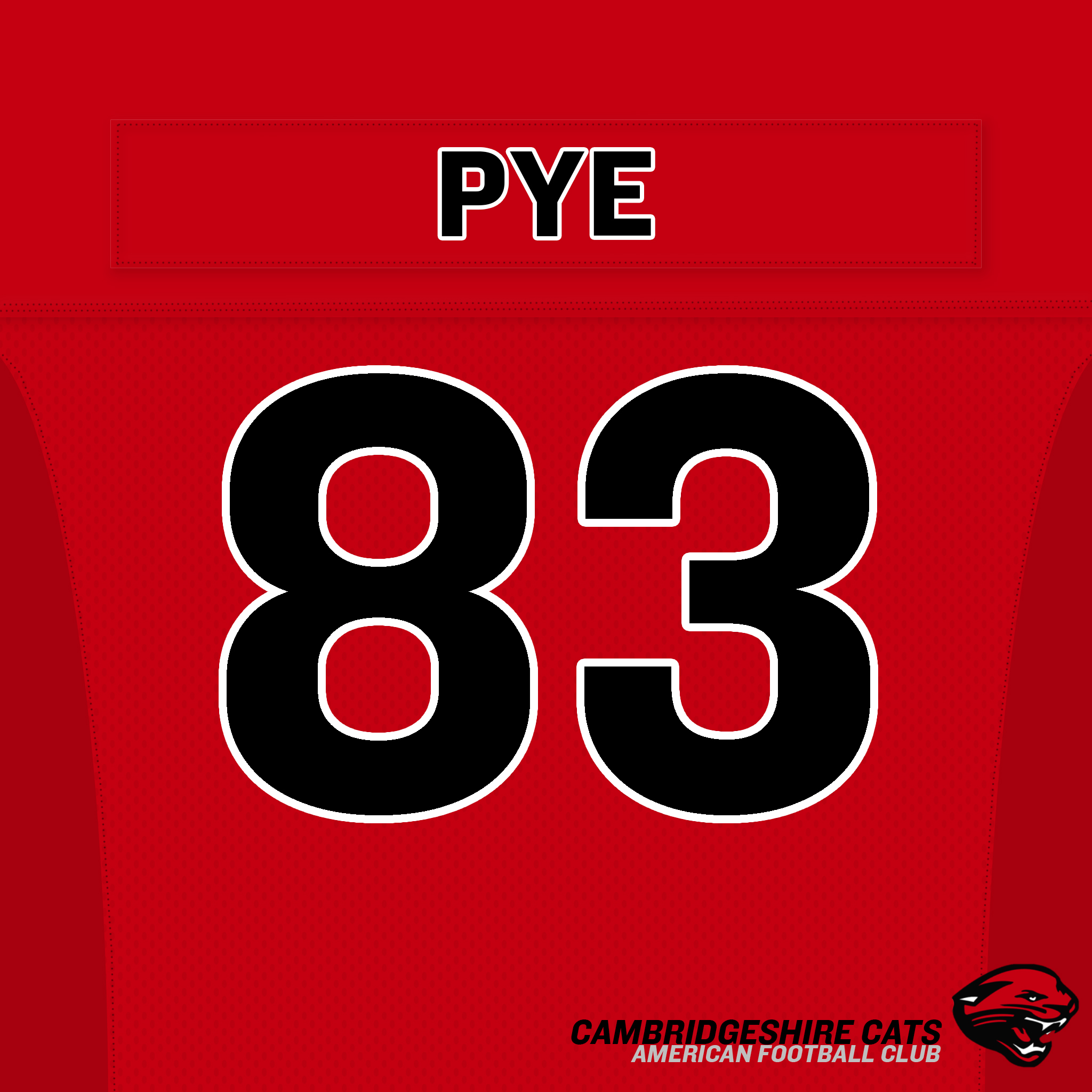 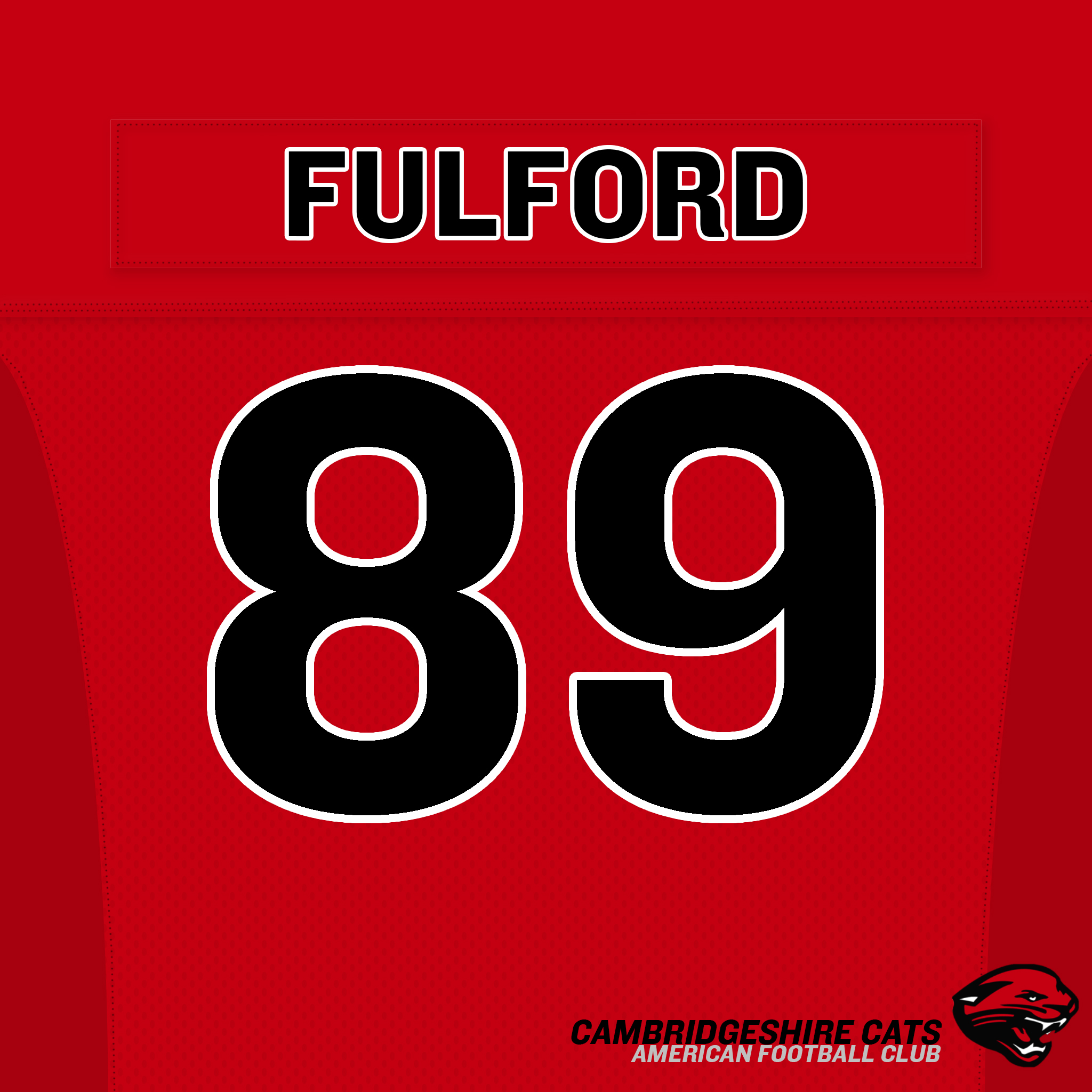 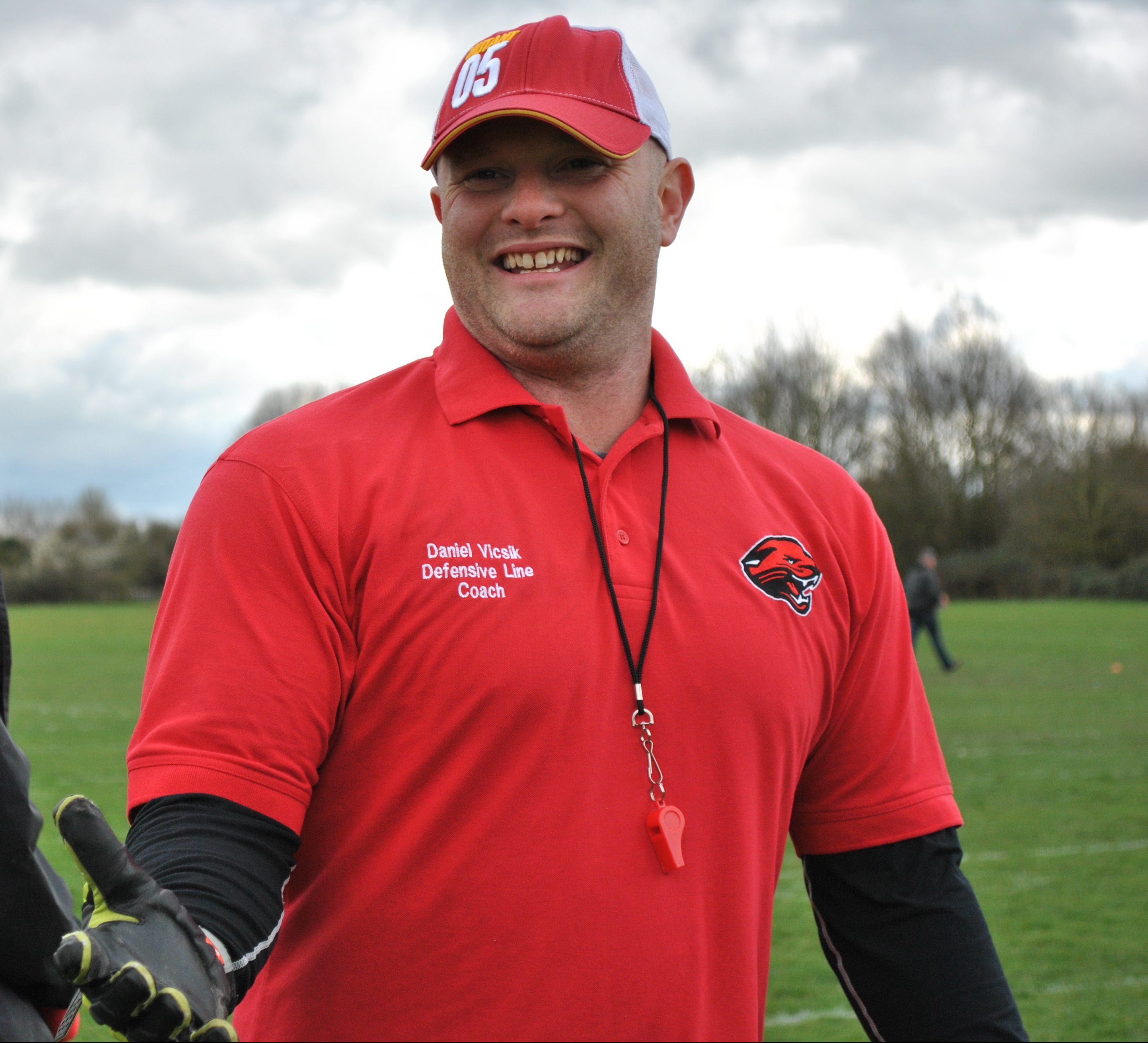 Dan started contact football with the Bury Saints during their association process and played through to their first Premiership season.
During this time, he collected 2 undefeated championship winning season bowl victories.In the 2018 season due to relocation, Dan played for the Leicester Falcons where he collected another undefeated championship winning season and bowl victory.

After receiving several offers to play or coach with various teams, Dan decided to commit to coaching at the Cambridgeshire Cats, stating:
“The opportunity to work with a local team with years of history is an exciting and fortunate chance I couldn’t pass on.
Being my first time fully coaching a position I am thankful for the opportunity and look forward to learning as much as possible from a sideline view.
I am excited and eager to begin helping develop rookie and veteran defensive linemen during the course of the season with the goal being a championship winning team.” 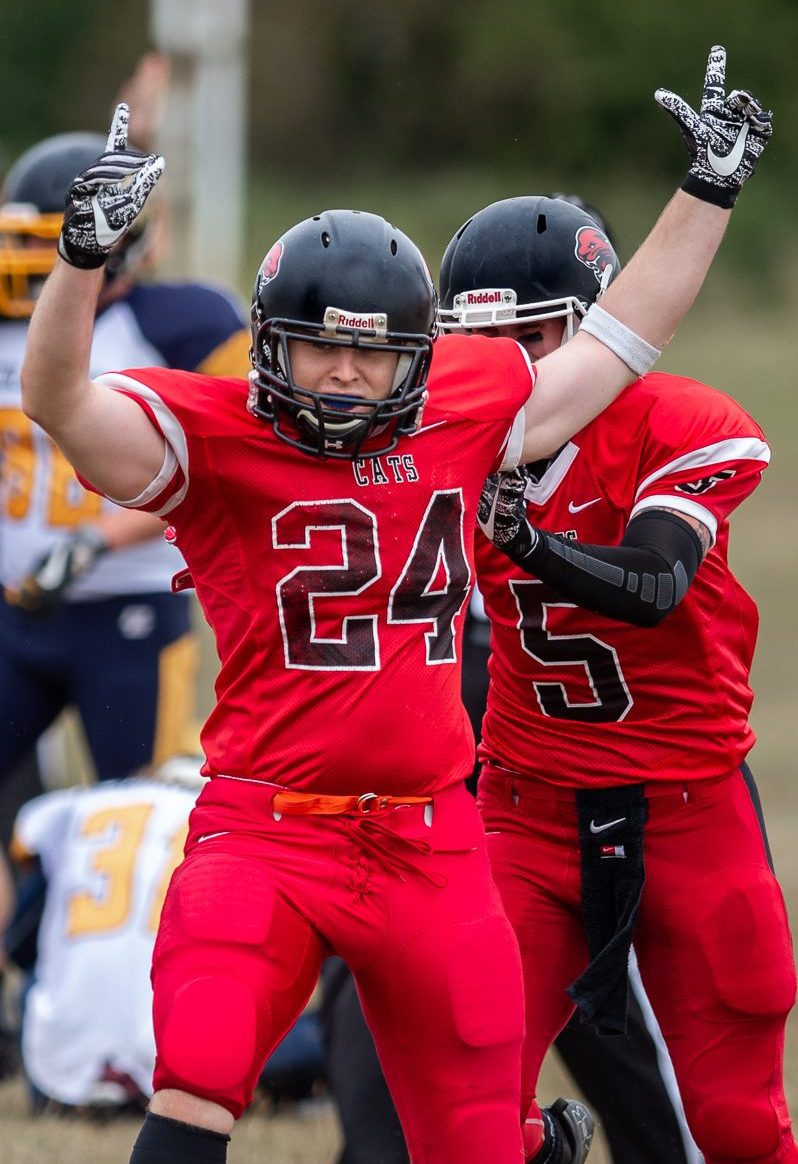 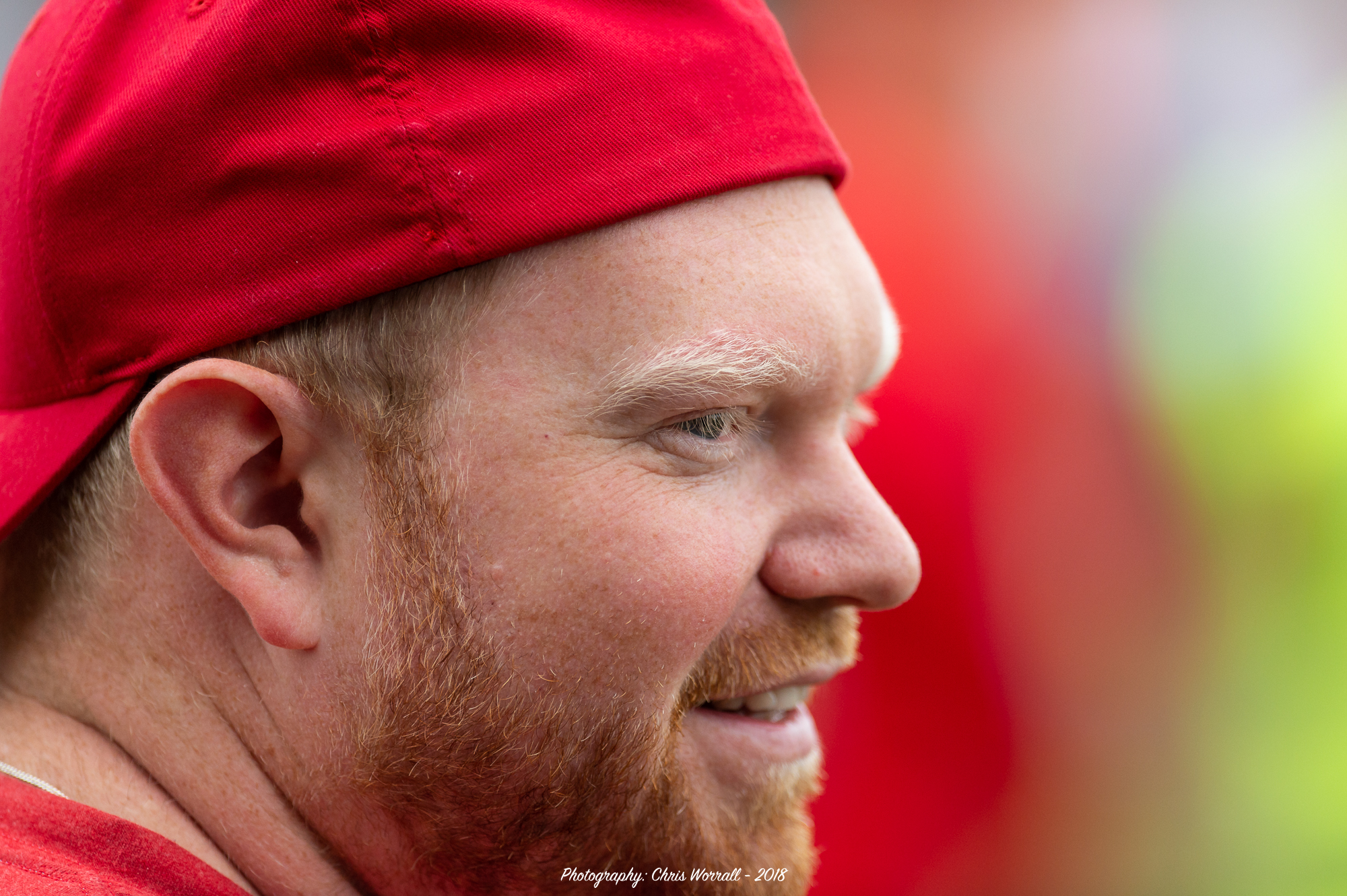 Having been a player for 11 years on the Offensive Line at Centre Ben Abbott is no stranger to Britball, having started his playing days at Coventry Jets and Warwick Wolves University, Ben then lead the effort to co-found the Coventry University Jets who have since gone on to become a very competitive University team and is now honoured in their Hall Of Fame.

He then went on to play numerous seasons with the Peterborough Saxons, he has been to 4 Britbowl finals but only managed 4 runners up medals, since playing Ben has held coaching positions with the Saxons youth team DC, Northampton Uni OC, Coventry Uni OL and now the Cambridgeshire Cats Ass DC, Ben plans to use his extensive knowledge of offensive schemes and systems to assist the Cats defence in shutting down opponents. 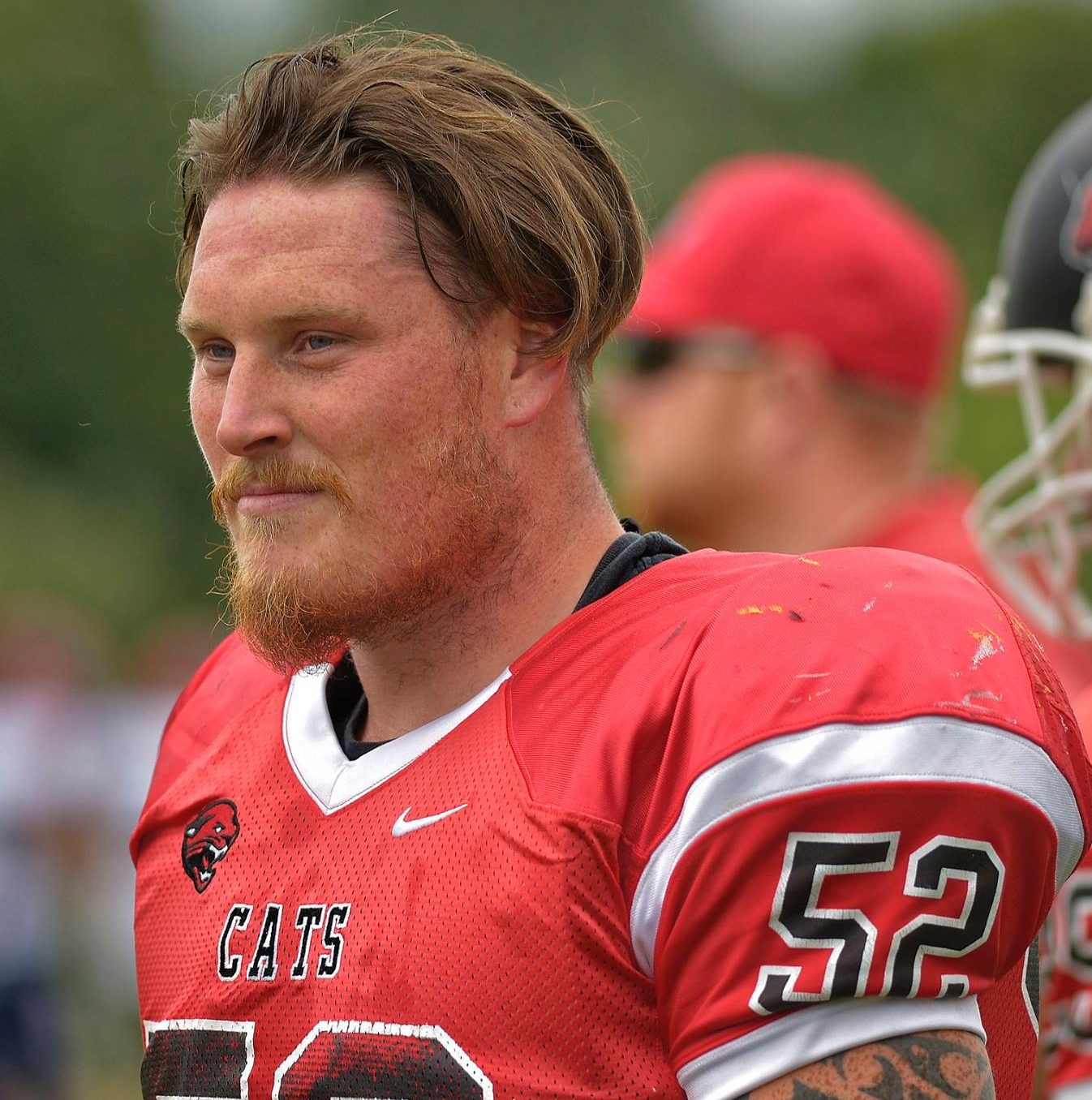 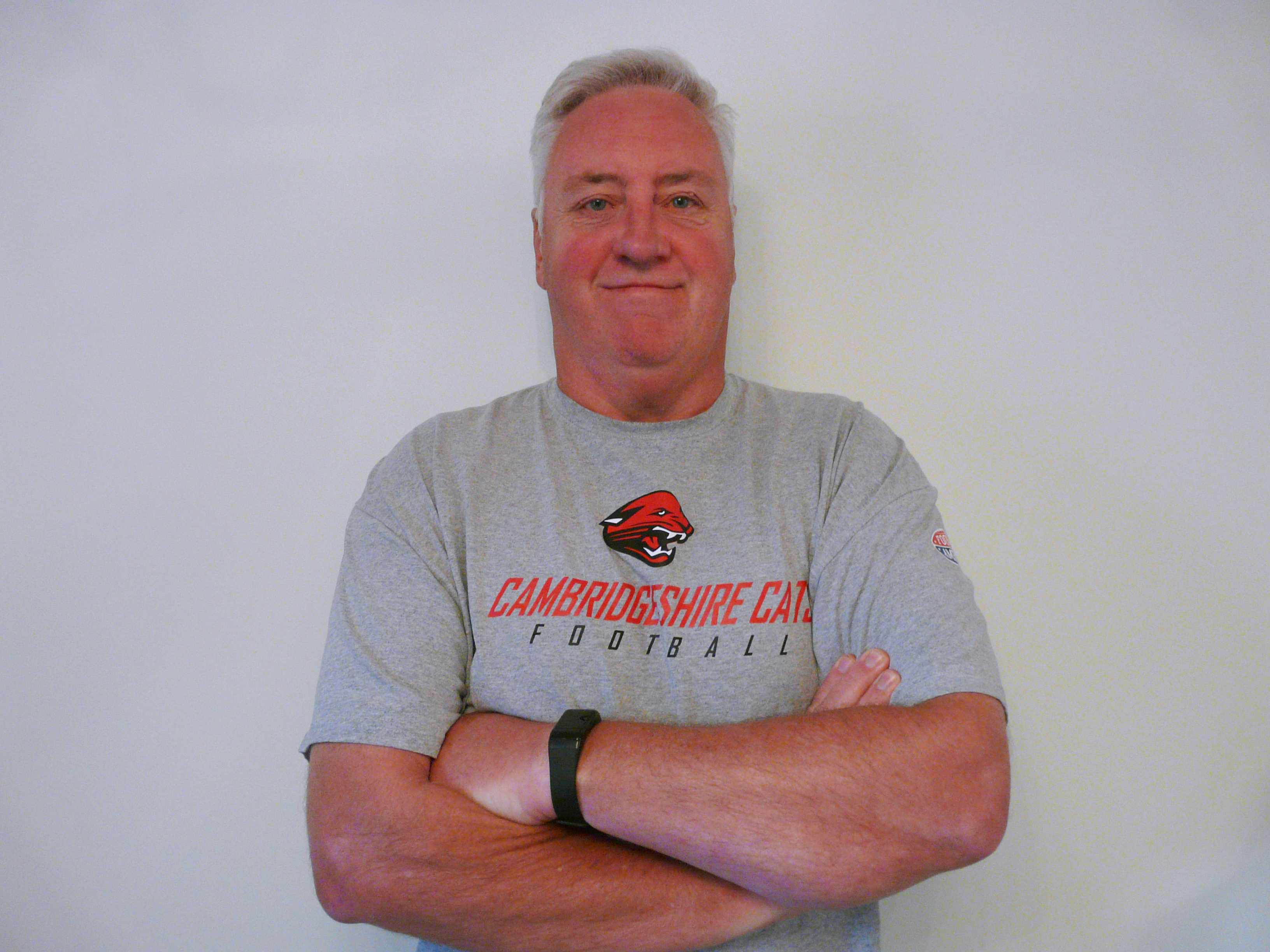 I started playing American football way back in 1990 for the Newmarket Hornets as both a Defensive Tackle and Offensive Guard. After a couple of years the Hornets folded and I moved to the Cambridgeshire Cats. After breaking my arm playing in 1993 I returned for the 1994 season where the Cats won the National title in the British National Gridiron League division 3.
Following promotion to division 2 the Cats repeated the feat of the previous season and won the division 2 title. I continued to play for the Cats until 2005 when I moved to the East Midlands Saxons as a player and started my coaching career as the Offensive Line Assistant Coach.
After 2 years with the Saxons my very good friend and mentor Coach Bob Shaw decided to accept the Offensive Line coaching position with the newly formed Cornish Sharks based in Newquay! Bob persuaded me to play for the Sharks for the 2007 season and I clocked up thousands of miles playing in every game. At that time the Sharks became the first team to qualify for the playoffs in their first year in the league.
In 2008 I played for the Bedfordshire Blue Raiders and continued to develop my skills and knowledge as the Offensive Line Assistant Coach.
In 2009 I returned home to the Cats as the Offensive Line Coach and continued to play in that position. In 2011 had the privilege of becoming the Head Coach of the Cats. I had 3 seasons as H/C while continuing to play until injury forced me to retire in 2014 at the grand old age of 55! After taking some time out I have been the Offensive Line Coach for the last 2 years.
I stepped down as Head Coach of the Anglian Ruskin University team after 5 years with the team at the end of the 2017/18 season. I’ve been privileged to have played with and been coached by some of the best athletes in both the UK and America where I was fortunate enough to be selected to play in 3 Minor League Hall of Fame All-stars teams in Las Vegas, Miami and Dallas.
I’m still passionate about developing players to play on the Offensive Line, because without an effective Offensive Line you don’t have any offense and you won’t score. If the big guys don’t win their battles in the trenches then our Running Backs don’t have holes to run through and our QB doesn’t have the time to pass the ball. 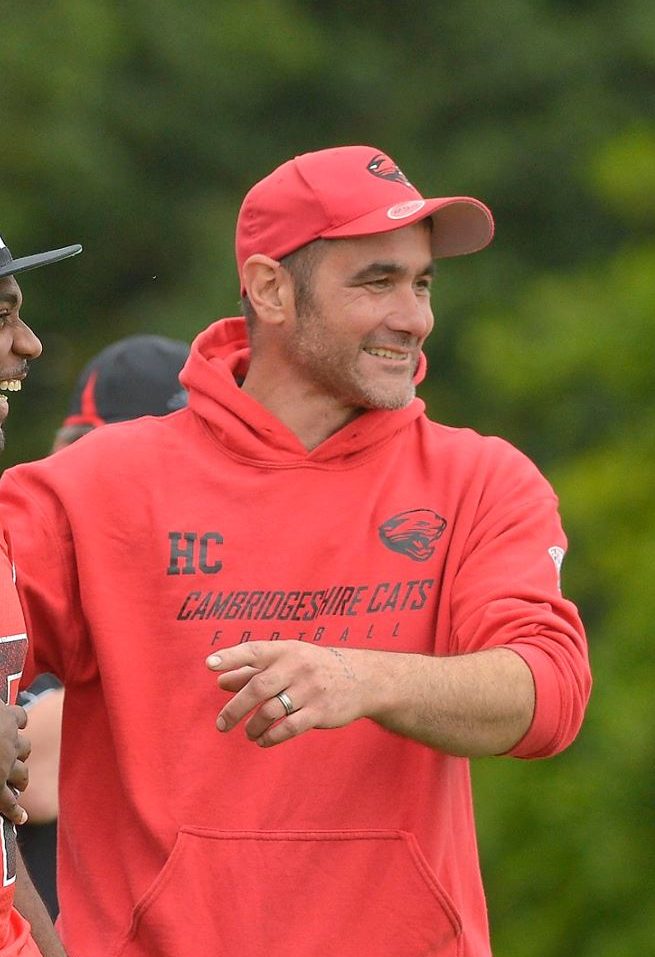 I Started playing for the senior Cambridge team at the age of 18. When the team unfortunately folded in 1998 I wanted to continue to play, so I joined the London Olympians. During my time there we won 6 Britbowls, came runners up in a 7th and won a Euro Cup Final.
I played for Leicester University, coming runners up in the College Bowl in 1999. The Great Britain Bulldogs University team and the Great Britain Lions, winning a medal in 2004. I had to reluctantly stop playing in 2005 due to a back injury, and although I couldn’t play I still wanted to be involved with Football so moved onto the sideline and coaching.
I started coaching for the Cats in 2006, as a Lineman coach under Rick Bice. In 2009 we formed the juniors team, with Coach Smith as Head Coach and myself as Defensive Coordinator. In 2013 I progressed to Head Coach, enjoying my 2 seasons until 2015, when I was asked to step up to Head Coach of the senior team.
In 2016, we were runners up in the Division 2 South final, winning promotion to Division 1. Our 2018 season ended with us finishing joint top of the league with a 7-3 record, narrowly missing out on the playoffs by 3 points scored against us. 2019 is looking promising and we are hoping to continue the hard work and secure promotion to the Premiership. 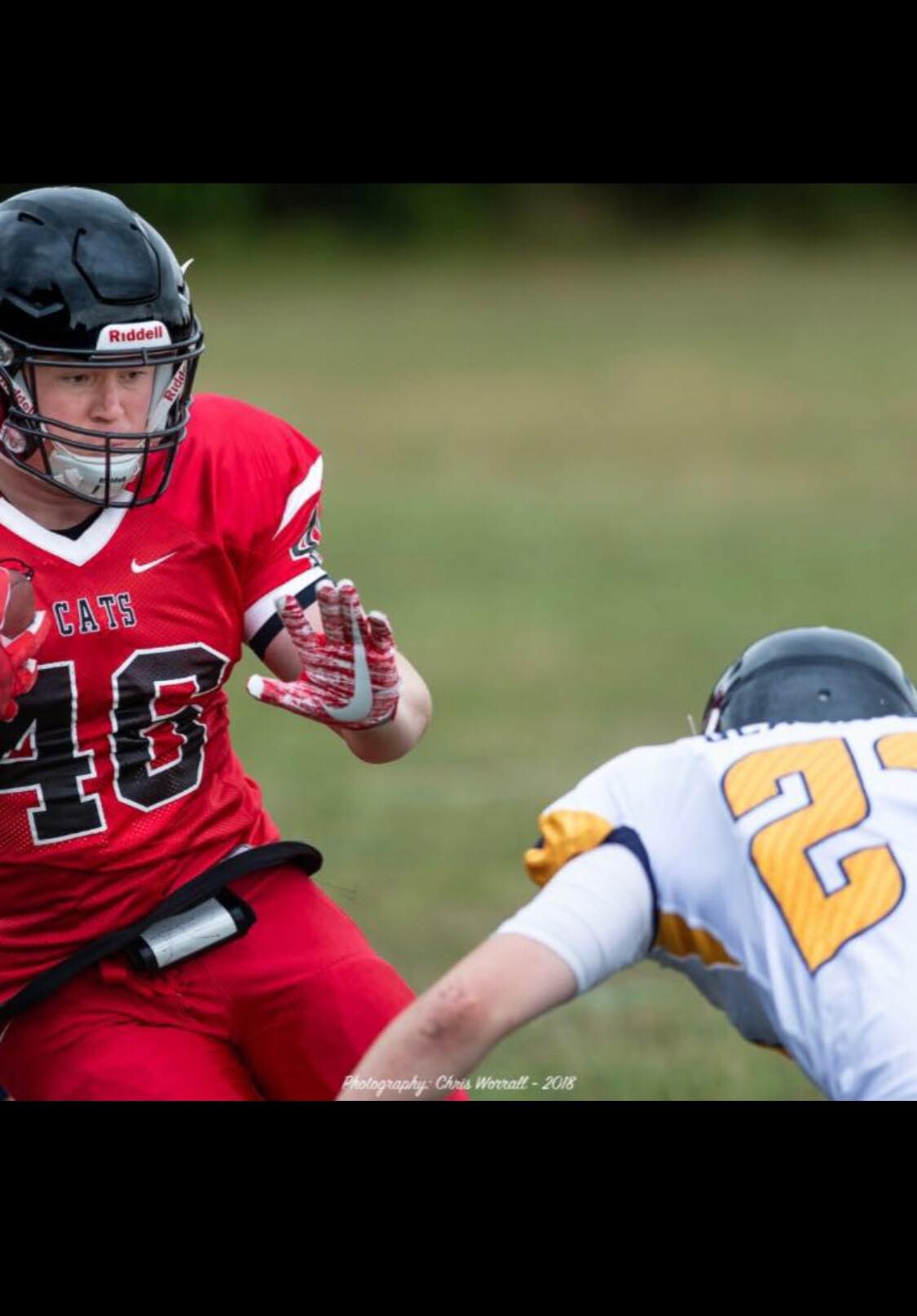 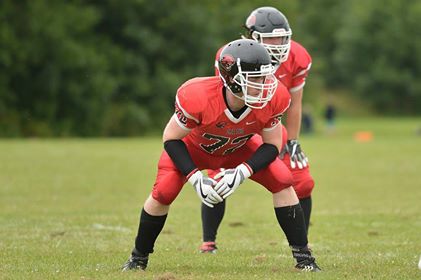 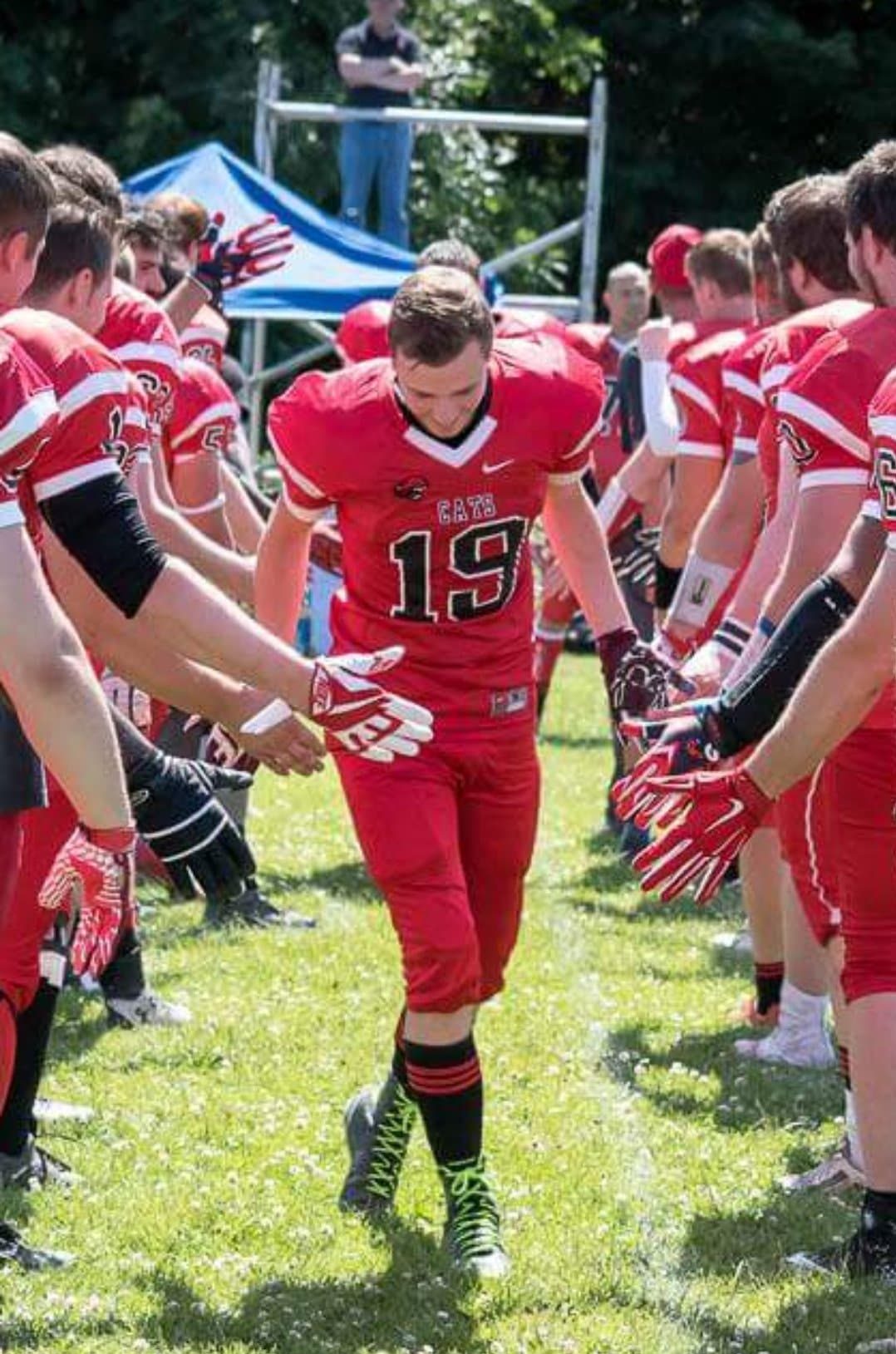 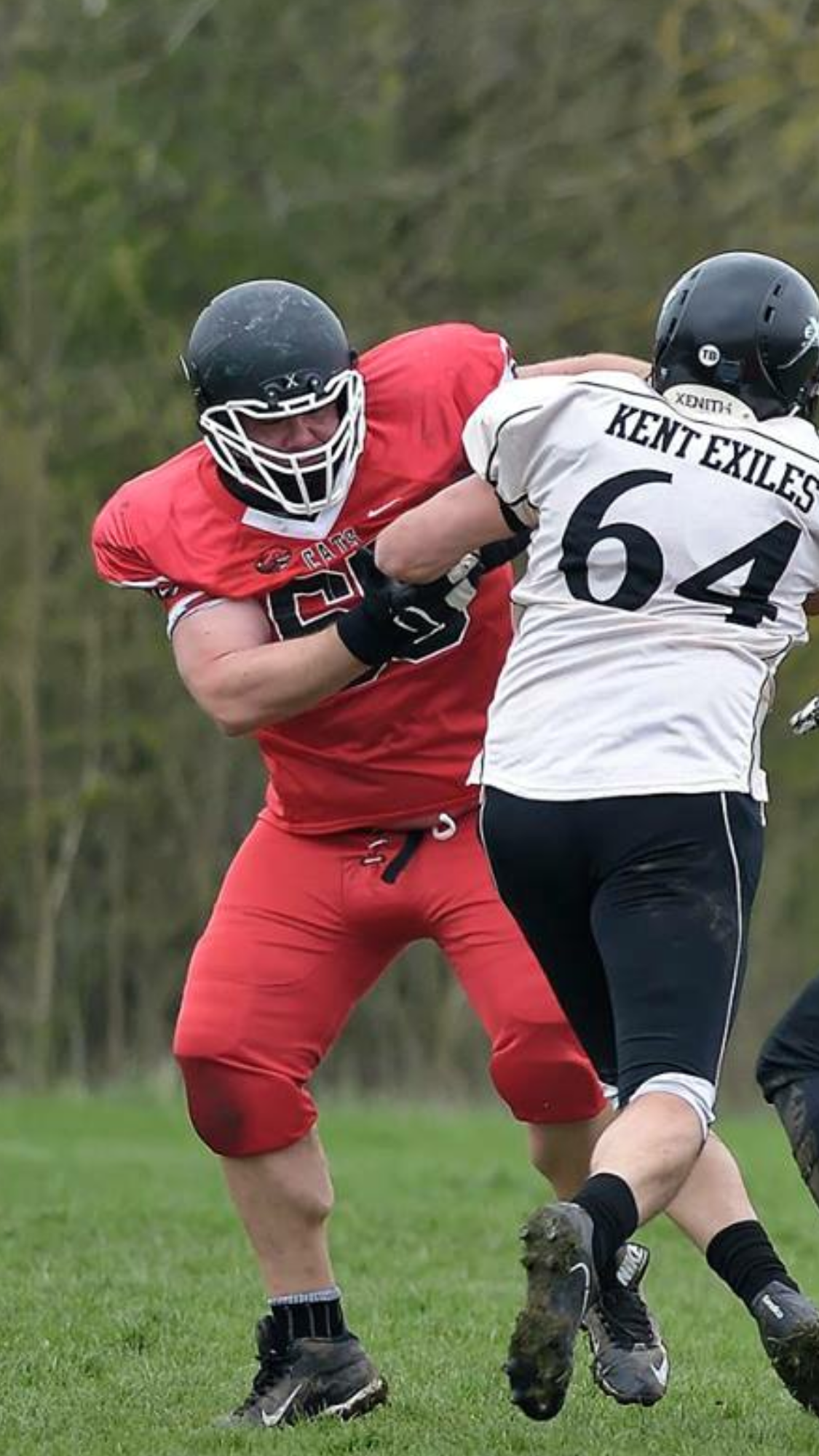 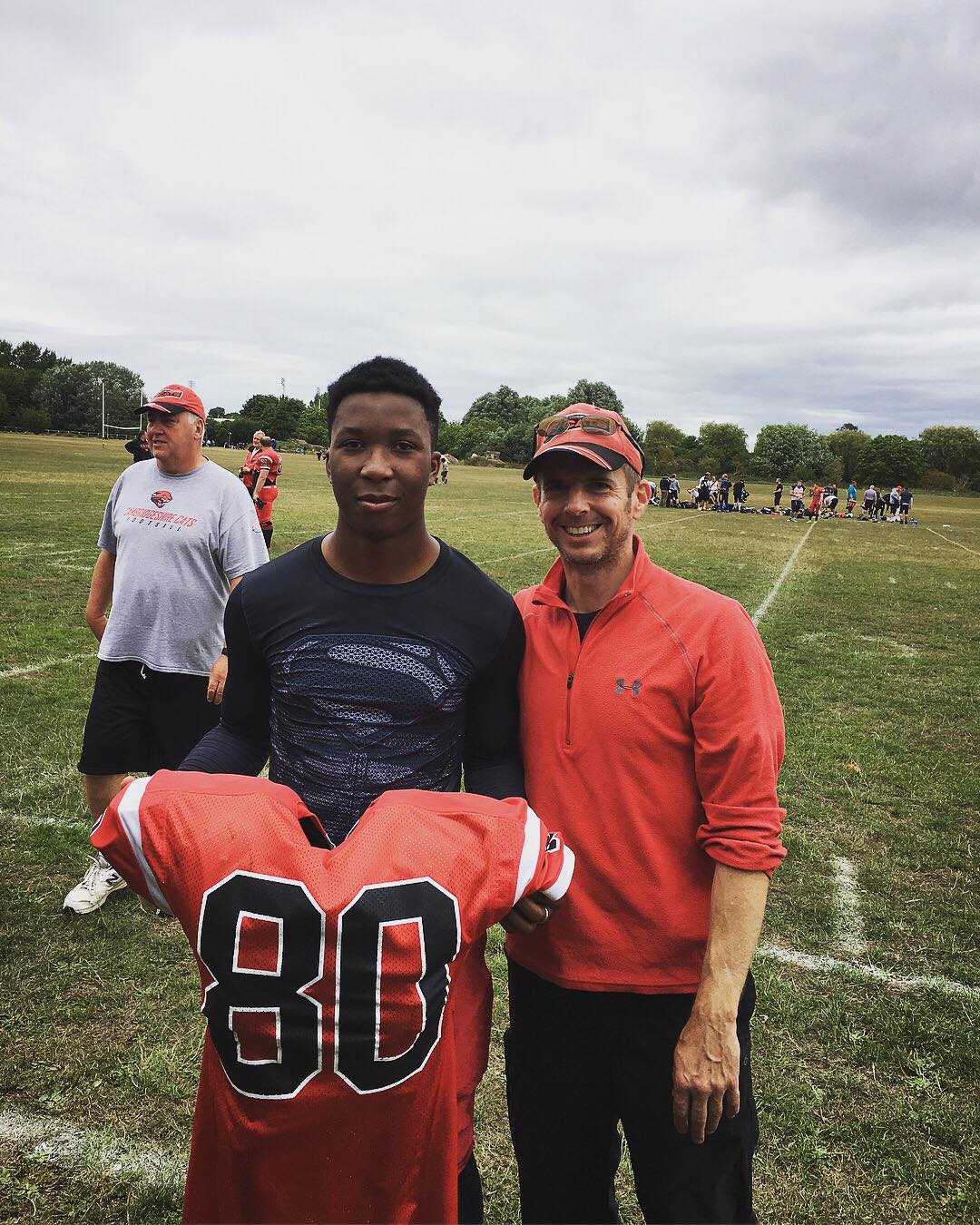 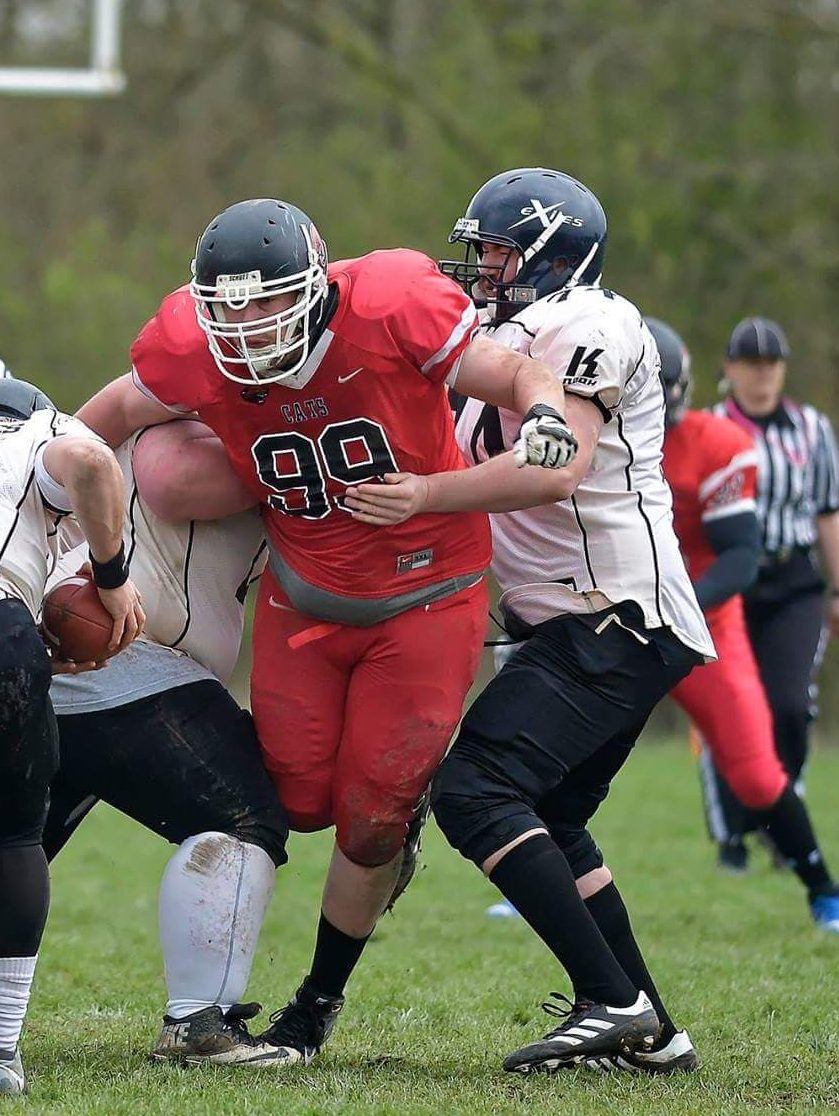 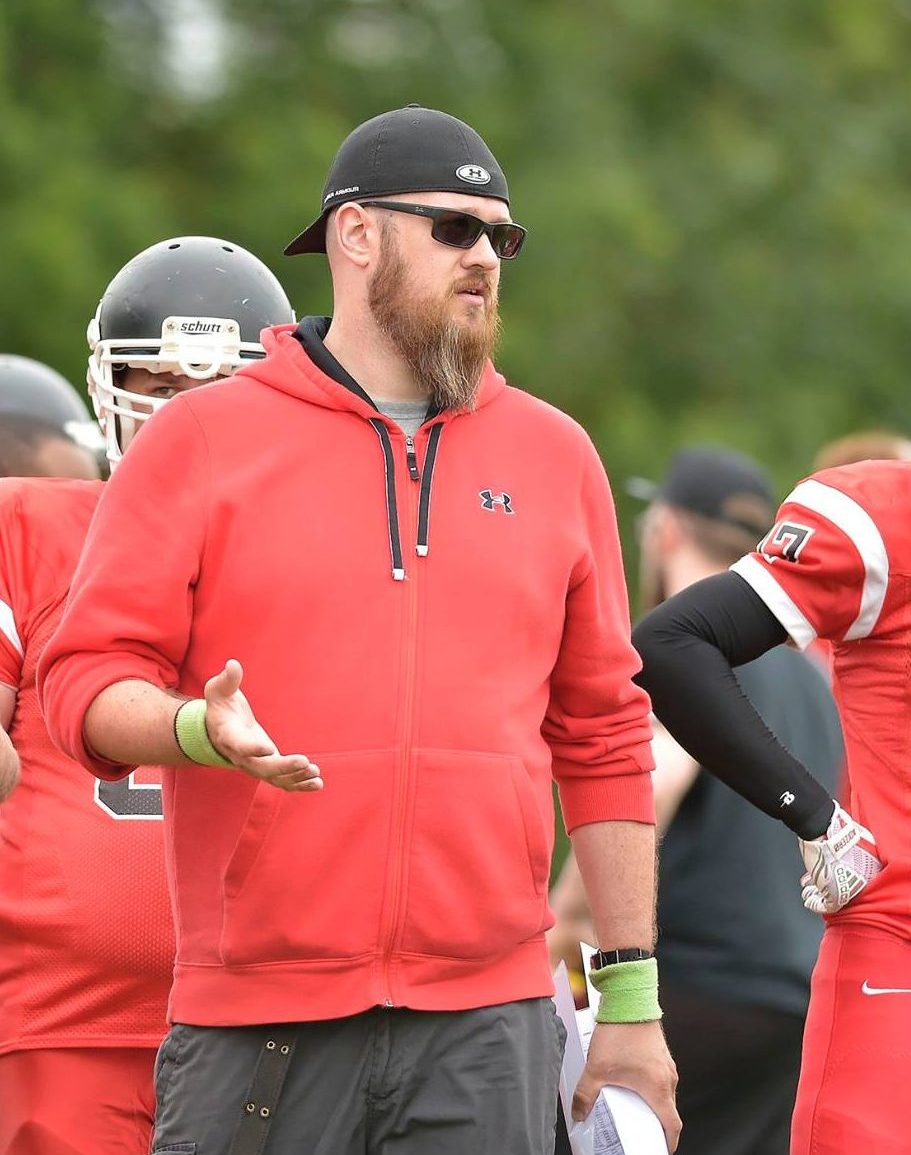 I started playing football in 2004 for University of Sunderland Kings/Spartans on both Defensive and Offensive Lines; playing predominantly on the DL over 4 seasons.

After a couple of years away from Football I was invited to join the Peterborough Saxons where I started my coaching career as the Defensive Line Coach under Mike Fears and Head Coach, Chris Wallis. In my second season I took over as Defensive Coordinator: a position I held for two seasons with the Saxons, including the 2012 season where the Saxons were undefeated through the regular season.

I moved up to Assistant Head Coach for the 2013 season before taking a year away from Football, returning in 2015 as the Special Teams Coordinator for the Peterborough Saxons, where I stayed until the team folded.

Joining the Cats in 2017 was a challenge and opportunity too great to pass up and I was honoured to be able to join such a storied and successful organisation.

After installing a simple yet varied defensive strategy in my first year, I am looking forward to developing our system alongside Coach Fasulo and Assistant Defensive Coordinator, Ben Abbott, and working with a growing squad going in to year 2.